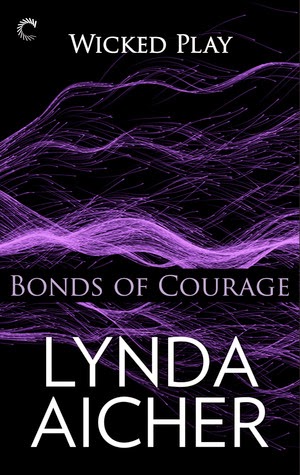 
Book Six of Wicked Play Pro hockey player Holden Hauke has kept his sexual needs buried for years. After a near miss over a picture of him bound to a spanking bench resulted in a mid-season trade, he's kept his image clean. But with the season over, he's ready to surrender control. And he's found just the woman to help him—if only he can convince her to give him a chance. Bending men to her will is nothing new for Vanessa Delcour, aka Mistress V—she's a full-time rep for pro athletes, a part-time owner of exclusive sex club The Den, and an experienced Domme. But when Holden Hauke comes looking for a discreet partner, Vanessa's concerned about his motives. Touching his training-toned body during a scene wouldn't exactly be a hardship, but taking him on crosses barriers between work and play that she's had in place for years. From their first intense encounter in Mistress V's playroom, Hauke knows he can't let this chance slip away; he's found the woman he's always needed. Submissive or not, he's willing to push her every limit to prove how good they can be together.

This is the second time I've read a book about a female Domme and I seriously loved it!!  It's usually not my scene *see what I did there?!! Yeah?? Yeah?? Ok I'll stop now LOL* but it's very well written and it totally made me love it.   Even though this is the 6th book in the series, it's written in a way that it can be read as a standalone and you won't be lost.  The twist on the D/s relationship was totally written in a way that drew you in, even if you never really thought about this kind of relationship before.  It made their feelings, reactions, and needs relateable and real.  Vanessa was normally a small character in the other books and when you read this one you will see why, she's hell bent on keeping her worlds separated and her in control.

Vanessa is a complicated character with some serious depth, many hidden layers and several serious reasons for why she's the seriously hot Domme that she is.  While reading this I realized I had never thought of what a female Domme got from her subs ( I mean really it's the same as for a male Dom, but I had never really thought about it) nor had I ever thought about what a male sub would seek *which really isn't that different from a female sub, but different in it's own way*.  Lynda did an excellent job sharing the two perspectives, while introducing a different kind of relationship to us, one in which the accepted norm is reversed for the couple involved.

Reading Holden's perspective was wonderful, he's a great character to read, as he was adamant about his beliefs and wants. Even though he's technically the submissive in the relationship Hauke wasn't a pushover, and he wasn't above letting Vanessa know exactly where he stood on things.  Their relationship was great to read and extremely hot when they got together. Until this book I had never considered being in control but after reading Vanessa's reactions to being the Mistress I can certainly see the allure.

If I had to pick a favorite character I would have to pick a side character, I loved the leads, but I really and truly was enchanted by Liv, she was seriously kick ass. She was always the one in the middle of everything and she became a serious catalyst in pushing Vanessa's worlds together. I loved how she reacted with everything and how close they were as sisters, and it made me love Vanessa even more when I realized how much she hid beneath the surface.

I must say that Lynda can certainly write a Scene, she sets the stage and made it so real that I felt like I was there watching.  The rawness of the reactions, the sense of being pulled in of being drawn into the action and even of finding your space be it sub or Domme was so well written.  I loved the realness of their scenes, and their interactions.  Lynda writes in a way that makes this a true erotica, real, raw, raunchy, but still filled with emotions.  Just amazingly hot.

This book took us on a sweet journey of discovery, of embracing our needs and releasing the past.  I was hurt when certain secrets where revealed, & when the past came back and rattled the cage of the present and future.  I loved reading Vanessa's take on her relationships, her world, and why she needed the control she had.  I loved seeing their relationship bloom and even how they interpreted the rules. It was good to catch up with previous relationships, see how the Den is doing, visit with past relationships and even catch a preview of the next relationship to form.  I'm extremely excited about this book and I hope others will love it as well.  I'm getting the physical collection of all these books when they become available.

The Den is the place to be, not just to play, but to embrace who you are. I can't wait to see more from the Den and be allowed to peek within another relationship.  I highly recommend this series for those new to the genre and for those who have been reading it a while.

★★★★★
Enter For a Chance To Get your own copy and all the other books so far. Wicked Play Books 1-6.
Just a Few of the Rules: