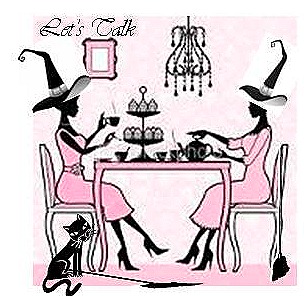 I participated in the #WeNeedDiverseBooks & #WeNeedDiverseAuthors discussion that took place this weekend on twitter.  Did you see it?? Did you participate??   What do you readers feel should have been said??

As a reader of color, I can tell you I participated because when I was growing up in the 90s I had a greater chance of finding diverse shows, books and greater representation for young black and Latino children than we do now.  Yes, there are more important images of representation now, like the fact that the President of the United States is African American, and even though I might not agree with certain politicians we have a few more Latinos in power than before.  Yet, the diversification of the representation is limited.  Growing up I had Claire Huxtable who was lawyer, a loving wife, a college graduate, a good friend, and an amazing mother, as an example to look to on t.v.  My own mother is a former Linguistics Professor, I grew up on an all women's college, so I always saw women in positions of power and who were educated.  Where are the Claire's today??

On the Fresh Prince we had one of the first times there was a stay at home mother who was African American, how many times have we seen that since??  On Family Matters, there was a Black cop, his wife. a teacher, and their children, the daughter who was a cheerleader, their son the basketball jock, and their next door neighbor the nerdy kid, who invented all kinds of things, some that made their lives a living hell, but still he was Dexter before Dexter had a laboratory.  We had Living Single, with Maxine, who was a super successful lawyer, Regine who worked in fashion design and purchasing, Kyle who was a successful broker, Khadijah who owned her own magazine, and even Synclaire who worked for cousin but was attempting to break into acting, & Overton, the handyman who takes care of the building.  A Different World (which is now on Hulu if you have never seen it) showed us college life on a fictional co-ed Historical Black College/University  (because traditionally HBCUs tend to be all girls or all boys, in fact many still are).
Heck. we had Black, Latino and Asian characters in our cartoons as well, Captain Planet, featured all of these as the Planteers, the children working to save Gaia.
Where are the books, and t.v shows that highlight the fact that women of color having been working since we got here?? Where are the books, t.v shows, movies about our Feminists?? I love the movie Iron Jawed Angels; because well it's an important movie for all young women to watch and see what was paid for us to have so many of the freedoms we have now, but even in this movie the importance of Ida B Wells was glossed over, they showed her for all of five minutes, she had three lines and then nothing. No explanation of who the Black woman who walked the line was, no explanation of the repercussions of her action, No, no let's focus only on the white women because only they are feminists.  Let's show the Seneca Falls meeting that launched the Feminists movement in America but let's leave out Sojourner Truth's most important speech "Ain't I A Woman' demanding to know where she fits in.

Walter Dean Myers wrote a wonderful op editorial discussing how the lack of representing children of color in different positions in books have allowed others to think we can't become these things because they have no knowledge of us doing so.  Even if we only wrote books about famous doctors like Vivien Thomas, chemists like Patricia Bath, inventors like George Washington Carver, astronauts like Mae Jemison, nurses like Mary Seacole, military heroes like the Tuskegee Airmen and writers *pick one, Toni Morrison, Omar Tyree, Octavia Butler, Maya Angelou* we would have a lot of books for young children of color, instead we only have three figures who are being written about extensively, Dr. King, Sojourner Truth and Harriet Tubman.  Where are the books of Malcolm X?? Where are the books that show people of color as more than slaves or Freedom Fighters???  Do you know what HELA cells are?? Do you know who Henrietta Lacks is?? Or how important she is to modern science?? Heck I would even take books about our athletes who have excelled.

Let's not even the discuss the abysmal landscape that is the romance, science fiction, paranormal, dystopian and even the new adult genres.  Where Black and Latinos only show up as a) the villian b) the Magical Negro, here to help the white protagonist become better at whatever their life's purpose is c) only as half stereotypes or troupes. The half black girl with pretty skin (always said as light coffee au lait, of caramel colored) who says stereotypical things like "you go girl", but doesn't really add anything to the story or even have their own arc of growth.  Never mind the gay flamboyant Latino or Black guy who is there to help her find the perfect shoes, and look her best and give her great advice on finding a man.  When I say "half" I'm pointing out that fact that almost none of them are full black, they are always half black and half white, (not that these children don't exist, or that they don't need representation too,) I'm talking about the fact that they aren't allowed to fully embrace the culture they are on the page to add some color but they aren't fully here to scare you.

And if you have noticed I haven't even discussed the lack of representation of Native Americans, other than a select few like Geronimo and Sitting Bull or Pocahontas.  Sherman Alexie is always mentioned when discussing Native American writers, can't you think of anyone else??  (Not that I don't love his writing because I do, but who else is there??)  Where are the books that showcase life on the the Reservations?? The good, the bad and the ugly aspects of it.  What about books showing those that don't live on the reservations.  Where are the books discussing the high rate of suicide, the increased lack of employment, yet the increased educational margins of Native women.  Where are the books talking about their inventors, scientists, doctors, spiritual leaders, and tribal traditions??

We have books with dancing bears, and ballerina mice, but almost no books with Blacks, Latinos, Asians, or Native Americans as the authors, or the protagonists.  How do we not see the problem here?? 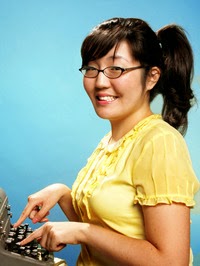 Ok, even if we have books being written by Asian authors like Sylvia Day, Julie Kagawa, and Jenny Han, more often than not the covers of their books are white washed.

Recently book bloggers and book tubers were celebrating the fact that there was an Asian cover model on Jenny Han's latest book To All the Boys I've loved Before. 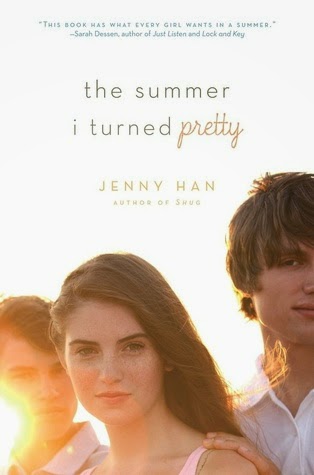 Because as you can see, the other covers of her books have white models.  There isn't anything wrong with that, except why is that the default???

Do you guys remember the kerfuffle that happened when the cast for Hunger Games was published?? 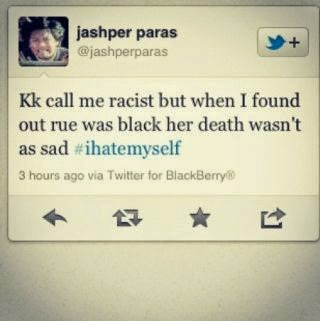 No let me remind you, how hundred of readers took to twitter, tumblr and their blogs to talk about  how much they hated Rue being cast as a black girl *despite the fact that she was written as a black girl* and many even stated that they wouldn't have cried if they had known she was black. Yes you read that right. They wouldn't have cried if they realized a child who died was black. I'm so done.  Here are different articles talking about it.


Adam says that the pivotal moment in the evolution of Hunger Games Tweets came on or around March 23rd, after he posted a tweet by someone named Alana Paul, a petite brunette who went by the handle @sw4q. Alana’s tweet was not the most offensive or nakedly racist of the bunch (that award could go to Cliff Kigar, who dropped the N-bomb, or to @GagasAlexander, who complained of “some ugly little girl with nappy…hair.”) but perhaps the most telling. “Awkward moment when Rue is some black girl and not the little blonde innocent girl you picture,” she wrote. She cc’ed a friend on the tweet, @EganMcCoy.

White Until Proven Black from the New Yorker. Image of tweet courtesy of  Jezebel article which you should read as well.  Found Here.

This isn't an easy topic to discuss, and it won't be solved easily.  But I'm no longer going to not write about it because I'm scared of offending white readers.  I'm going to write about the truth of my reading experience, and that sometimes includes the fact that there are sometimes no books written with me in mind.  And that should be a sad fact for everyone.

What do you think?? Share in the comments down below. If you have recommendations for books in my genres, of authors of color, please share.  I love erotica, romance, romantic suspense, new adult, and anything paranormal.