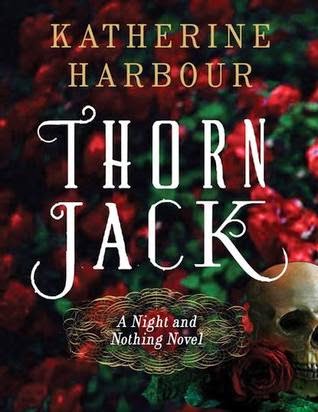 
They call us things with teeth. These words from Lily Rose Sullivan the night of her death haunts her seventeen-year-old sister, Finn, who has moved with her widowed father to his hometown of Fair Hollow, New York. After befriending a boy named Christie Hart and his best friend, Sylvie Whitethorn, Finn is invited to a lakeside party where she encounters the alluring Jack Fata, a member of the town's mysterious Fata family. Despite Jack's air of danger and his clever words, Finn learns they have things in common. One day, while unpacking, Finn finds her sister's journal, scrawled with descriptions of creatures that bear a sinister resemblance to Jack's family. Finn dismisses these stories as fiction, but Jack's family has a secret—the Fatas are the children of nothing and night, nomadic beings who have been preying on humanity for centuries—and Jack fears that his friendship with Finn has drawn the attention of the most dangerous members of his family—Reiko Fata and vicious Caliban, otherwise known as the white snake and the crooked dog. Plagued with nightmares about her sister, Finn attempts to discover what happened to Lily Rose and begins to suspect that the Fatas are somehow tied to Lily Rose's untimely death. Drawn to Jack, determined to solve the mystery of her sister's suicide, Finn must navigate a dangerous world where nothing is as it seems.

Beautiful, poetic, and descriptive writing that pulled you in and made you love it.  I picked this up because it was a Tam Lin retelling, I love the heck outta that Scottish tale, and when April over at Good books and Good wine talked about it, I made sure to have it on my list for Book Expo America.  I told everybody I met about the book, then almost missed the book myself. Oops. But I got there in time and begged and the reps pulled the very last one out of the back and I almost kissed her. Yeah that would have been hella awkward, but I needed this book in my life and who has time to wait until release date?? *stomps foot* I want it now *sobs please*. Ok now that those theatrics are over, let's get on to the book shall we??

I loved this book especially because the Fare weren't the good guys, they weren't quaint lovely faeries they were the Fae, the dark and scary things they have always been.  Katherine clearly did her research taking from poetry to the Bard himself (herself that's the question isn't it?? Well for another time) and Yeats, using well documented history, sharing myths, not just from the Celtic Isles but from Africa, from North America and from all of Europe. I loved every second of it!!!

This is so good, the mystery of who and what the Fatas are slowly unravels not just for the character but for us the reader as well.  We know they are Fae but who and which ones, are all revealed or is it really revealed as the story goes on.  The imagery of the town, the people and slow slide into their world is beautiful.  I felt how she felt as she realized she was being pulled in, it was amazing.  You feel the sense of danger, the thrill, the obsession that forms as we get pulled into finding out who these people are and why they are so familiar and strange at the same time.  I loved when jack would tell her ways to get away and she wouldn't listen. Jack was and is a fascinating character, I wanted to learn all about him and could totally understand why Finn was so hooked. He was alluring.   Jack was stuck in a rock and a hard place and I loved this rendition of Tamlin and how he was portrayed.  Jack worked hard at resisting the urge to pull Finn in closer, and yet wanted to get to know her even more.

The imagery, the character development, the classic prose used, all of the unanswered questions, it all pulls you in.  It makes you wonder what does her Jack really know?? Salom?? What's going to happen to the witch and the young knight?? Will peace be upheld?? Who's the new...well that would be a spoiler.. go read it my loves I promise you won't be disappointed.

I will say that I did have moments of calling her stupid because she really had some moments of duh!! Chile your pale humanness against their otherness.,,chile you never even saw the full trick being played.  They are the Fae, you don't win against such ancient trickery, you just gotta hope you survive the rise.  And boy what a ride!!

I still loved it, especially because it was so dark and deadly.  Shout out to April from Good Books and Good Wine for sharing this in her mentions!!

I'm definitely continuing this series, and I almost cried when I realized it was going to be a year form now.  *sobs*.